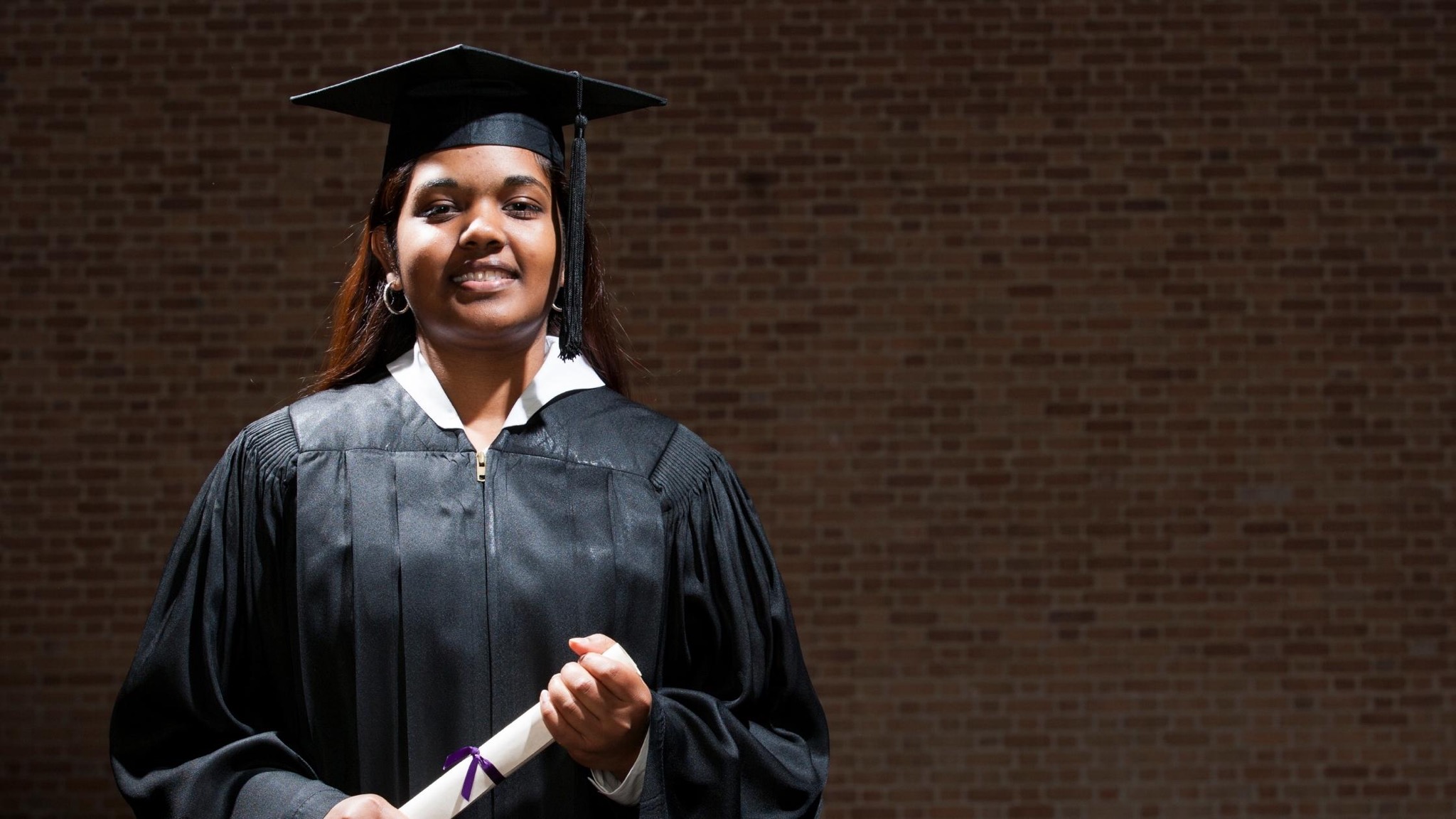 Tangela A., a 49-year-old consumer at SERV Centers in Middlesex, understands the importance of setting goals for herself. On her path to recovery, she has learned to plan for the future and how, through hard work and perseverance, she could accomplish her dreams.

One of Tangela's dreams became a reality recently when she graduated from Rutgers University. She is the 18th SERV Foundation Scholarship recipient to graduate from a four-year college or university since the program was established in 2004.

Tangela finished her senior year at Rutgers with a 3.6 GPA and was awarded a degree in social work during a virtual commencement ceremony on May 31.

Commencement ceremonies are always memorable affairs, but this event was especially meaningful for Tangela, who had been working towards a degree while also navigating several challenges in her personal life for nearly a decade.

“After so many years of hard work, it was a great and empowering feeling to finally get my degree,” she said, noting that going back to school has significantly helped with her recovery.

News of Tangela’s achievement was met with great enthusiasm among the SERV family. In an email, Andre Caldini, the president of the SERV Foundation, wrote, “I know how hard Tangela has worked in school, and the SERV Foundation Board was thrilled to learn that she had earned her bachelor’s degree. This is truly a great accomplishment, and I am very proud of all that she has done."

CEO Regina Widdows echoed Caldini’s sentiments, adding, “This amazing achievement is a testament to Tangela’s hard work and perseverance. She should be seen as a role model to other consumers, and I hope to see many follow in her footsteps.”

Tangela first applied for a SERV Foundation Scholarship in spring of 2011, after she enrolled at Middlesex Community College (MCC). Since then, she has been awarded tuition assistance 23 times.

In 2016, after completing her associate degree in psychology from MCC, she was accepted to Rutgers University. There, she would pursue a degree in social work.

Why social work? Tangela chose the major because she “felt inspired” by the people who have helped her.

“I had an extremely challenging journey to get to where I am today,” she said. “Many of the people who helped me through all of the various phases of my recovery were social workers...They have given me so much support.

“I have firsthand experience in how mental health issues can envelop your life and distort your reality,” she added, “and I want to put those years that I suffered and struggled to good use.

"Ultimately, I want to help others the same way many social workers have helped me.”

Tangela encountered several obstacles throughout her long and often arduous journey in higher education. In particular, she recalls having issues with concentration and anxiety that affected her ability to read, write, and take exams.

But Tangela refused to give up on the goal she set for herself, and when the challenge became too much to bear alone, she asked for help. She sought accommodations from the campus testing center and disability office, and eventually, the school granted her permission to record lectures and take tests without a time limit. She also found a strong support system at SERV.

“There is no way I could have completed my studies without all of the help and encouragement I received from SERV,” she said. “SERV staff members helped me study. I really struggled with math, but the residential program manager at Plainsboro tutored me. She also helped me with my Spanish, pharmacology, and other subjects that I had a hard time learning. Whenever I ran into an issue that I thought would be a barrier for me in getting my degree, someone was there to help remove it.

“I believe the SERV staff and SERV Foundation should have their names on my degree because I would not have been able to do it without everyone’s help.”

Since earning her bachelor’s, Tangela has wasted no time setting new goals for herself. Her sights are now set on a master’s degree in social work. If all goes as planned, she said, she will graduate within two years.

Founded in 1974, SERV (Social, Educational, Residential, Vocational) is a private, not-for-profit behavioral healthcare organization serving adults and children who are working to recover from and cope with a serious mental illness, substance use disorder, and intellectual/developmental disabilities. SERV has facilities in 11 counties in New Jersey and serves approximately 1,800 consumers a year. Programs include a continuum of residential services as well as partial-care and outpatient care focusing on individual needs.